VIEW CART
Skip to content
My Shopping Cart ()
Is this a gift?

Buy mystery pair and save! Discount codes can be applied at checkout 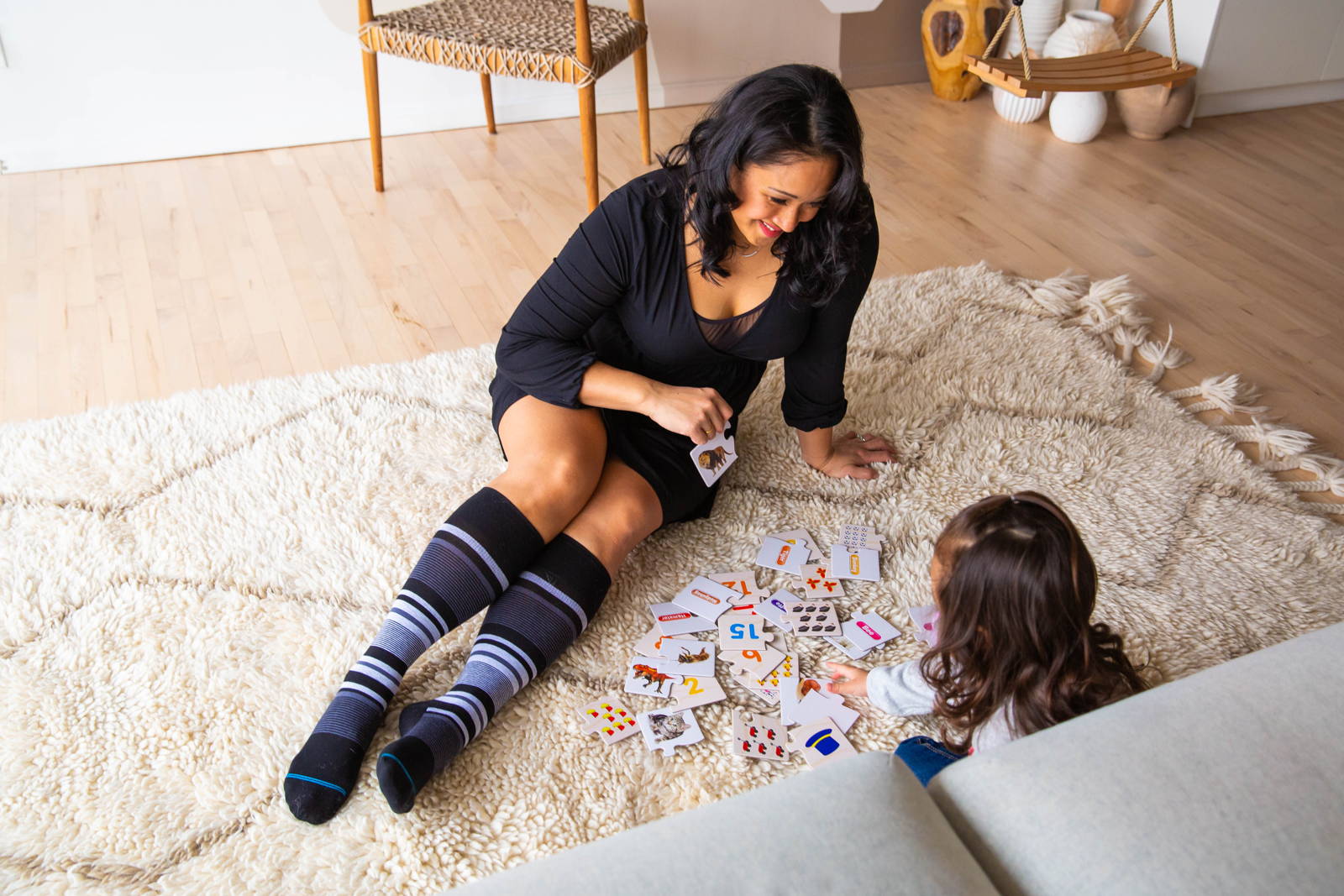 Congratulations! You’ve finally welcomed your little one into the world after nine long months of pregnancy. Unfortunately, along with your new bundle of joy comes some pretty uncomfortable postpartum symptoms such as fatigue, cramping and general soreness, just to name a few.

Another extremely common, uncomfortable symptom experienced postpartum is swelling, but there are some simple ways to alleviate it quickly so you can start to feel like yourself again and enjoy your role as a new mom!

WHAT IS POSTPARTUM SWELLING?

You have probably experienced swelling in your hands, legs and feet during pregnancy. So now that you’ve given birth, why hasn’t it gone away?

New mothers can experience postpartum swelling for a number of reasons such as:

Buildup of leftover pregnancy fluids - People who experience swelling, also known as Edema during pregnancy can store up to six pounds of fluids in their body.

Pushing during delivery - Pushing to deliver your baby can lead to excess fluids in your body moving to other extremities such as your arms, face and legs.

Extra fluids received during your labor - If you received an epidural during labor, you likely received fluids through an IV to ensure your blood pressure stayed consistent. If you had a c-section you would have received IV fluids throughout the surgery. These fluids stay in your body for a while after delivery.

Hormones - When you’re pregnant you have higher levels of progesterone than when you’re not pregnant. Extra progesterone can lead to water retention, which results in swelling during pregnancy and after delivery.

Being sedentary - When you’re recovering from delivering your baby, it’s likely that you’re resting in bed without much movement. Being sedentary makes it more difficult for your body to flush out excess fluids. 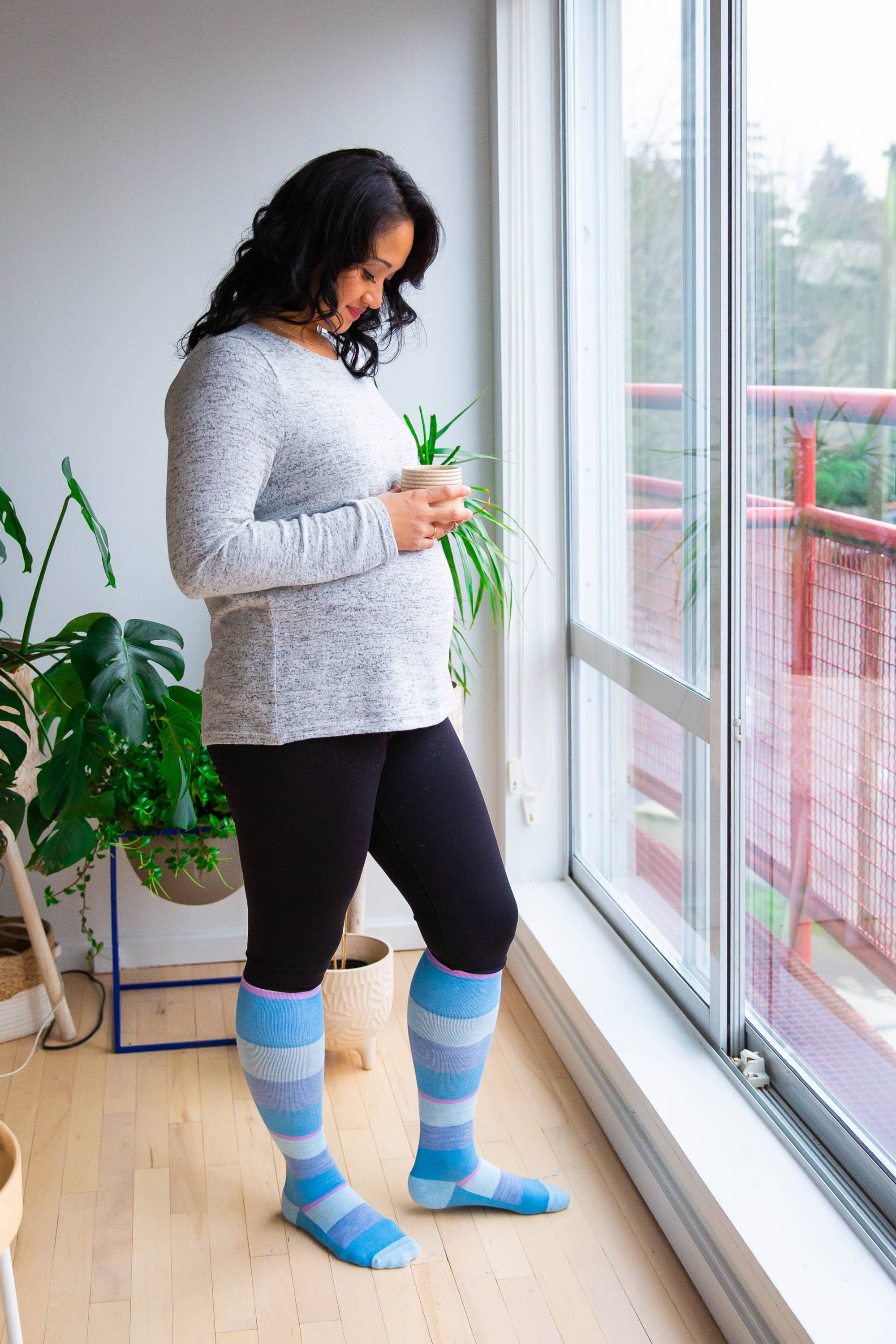 HOW TO ALLEVIATE POSTPARTUM SWELLING:

With a new baby, you don’t have much time to do or think about much else. Fortunately there are many simple ways to alleviate uncomfortable postpartum swelling that can be done almost anywhere.

Drink water - While it may seem somewhat counterintuitive to add more fluids to your body when you’re trying to shed water weight, being dehydrated can cause your body to hold on to excess fluids. By drinking more water, your body will work to flush out any excess fluids its holding onto.

Move around - While recovering from delivery it’s very common to be bedridden while you allow your body to heal. If your doctor says it’s okay, try to move around as much as possible without overdoing it. Physical activity such as walking will prevent any excess fluid and blood from pooling in your legs and will help your body flush those excess fluids out.

Elevate your legs - Most people experience the most postpartum swelling in their legs and feet. Lay down flat on your back and put a few pillows under your legs and feet so that they’re elevated higher than your heart. This will help the excess fluids in your legs move back into the rest of your body. If your hands or arms are swollen, raise them above your head to help the fluids disperse. 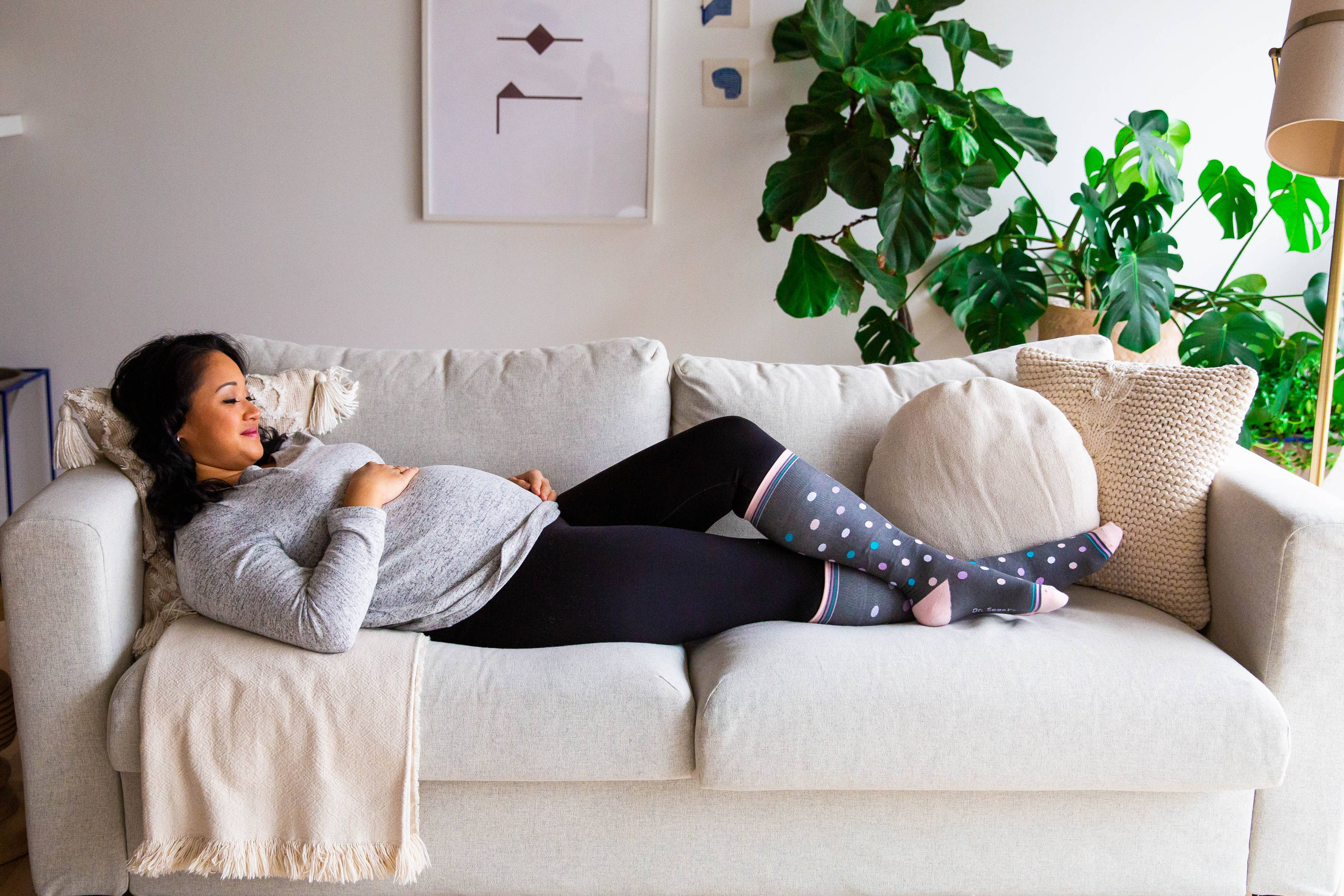 HOW LONG DOES POSTPARTUM SWELLING LAST?

Postpartum swelling typically lasts around a week post-delivery and will go away on its own. However, be sure to contact your doctor if you notice any irregularities such as swelling that suddenly appears, swelling increasing after a few days when it should be decreasing, or an indentation from pressing your finger in a swollen area of your body stays indented for more than a few minutes.

*Always speak with your doctor before making decisions about your health.

Subscribe to our newsletter to receive your welcome discount plus be the first to know about special offers, giveaways, and once-in-a-lifetime deals.
Copyright 2021 © Dr. Segal's™ All rights reserved